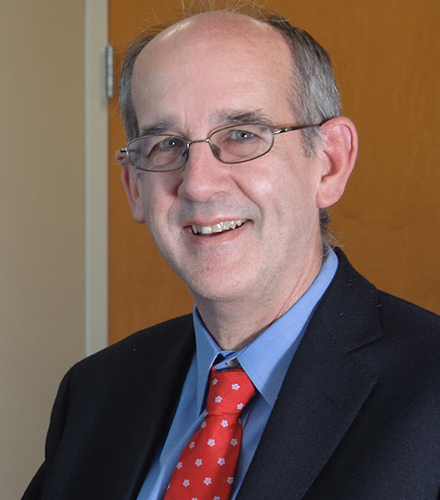 James Wade is the inaugural Avram Tucker Professor of Strategy and Leadership at the GW School of Business (GWSB). Previously he has served as a senior editor of Organization Science and as the division chair of the Technology and Innovation Management Division of the Academy of Management. He currently serves on the editorial boards of the Strategic Management Journal and Administrative Science Quarterly. Professor Wade received a B.S. in Mechanical Engineering from Rice University, an M.B.A. from the University of Texas at Austin, and a Ph.D. from the University of California, Berkeley in Organizational Behavior and Industrial Relations. He joined GWSB in 2015.

Professor Wade’s research has explored a wide range of issues ranging from corporate governance to industry evolution. Some of his current research explores the determinants of and outcomes of scandals, status dynamics among corporate CEOs, and the effects of race on career mobility. His work, which includes over 30 articles and book chapters, has appeared in top economics and management journals including Administrative Science Quarterly, Organization Science, the Academy of Management Review, the Academy of Management Journal, the Strategic Management Journal, the Journal of Labor Economics, and the Rand Journal of Economics. One of his recent papers which appeared in Administrative Science Quarterly entitled, “Falls from Grace and the Hazards of High Status”, won the Oxford University Centre for Corporate Reputation’s Award for Best Paper published in 2013. An earlier version of the paper was also awarded the Organization and Management Theory Division’s Best Paper Award at the 2012 Academy of Management.