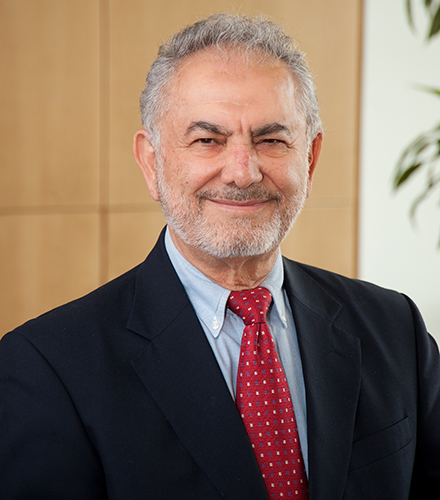 Halal is the founder of TechCast, a web-based system that pools the knowledge of experts to forecast breakthroughs in technology, social trends, and wild cards to assist decision makers in planning for a changing world. TechCast was cited by the National Academies, featured in the Washington Post, Newsweek, the Futurist. and otherwise recognized as one of the best forecasting system available. Halal co-founded the Institute for Knowledge & Innovation as a collaborative effort between the GW School of Business and the School of Engineering.

Halal studied engineering, economics, and the social sciences at Purdue and Berkeley. Previously, he was a major in the U.S. Air Force, an aerospace engineer on the Apollo Program, and a Silicon Valley business manager. His work has received prominent recognition. His article, “Through the MegaCrisis” was awarded “Outstanding Paper of 2013 by Emerald Publishing, and an earlier article “Beyond the Profit-Motive,” won the 1977 Mitchell Prize and an award of $10,000. Halal received a medal from the Freedom Foundation for Excellence in the Study of Enterprise. Macmillan’s Encyclopedia of the Future ranks him among “The World’s 100 Most Influential Futurists,“ including H.G. Wells, Arthur C. Clarke, Alvin Toffler, and Daniel Bell.