Students in the Master of Science in Sport Management (MSSM) program at the GW School of Business are provided with the knowledge and skills they need to excel in a rapidly expanding field. The sports industry is currently estimated to be a $500 billion business and the employment demand for trained, credentialed professionals is growing.

Admission to the Master of Science in Sport Management program is competitive. Applicants must present a bachelor’s degree from a regionally accredited college or university and meet the minimum requirements.

From scholarships and fellowships to loans and work-study, a variety of resources are available to help finance your degree.

An overview of current courses offered in the MS in Sport Management program.

Highlights From Around the World

At the GW School of Business, learning and networking occurs far beyond the classroom. Students in the MSSM program choose from several for-credit domestic and international opportunities, including:

MSSM students, faculty and staff are also regularly featured in print, radio, television and online news publications around the world.

The director of the master’s of sport management and tourism administration programs presented in Geneva on the topic of financial integrity in sports.

Profesor Neirotti traveled to Beijing in February to attend the Olympic Games for her 21st consecutive year and connect with GW alumni working or competing in China.

The National Collegiate Sports Sales Championship was a very competitive event in which students had to pitch professional sport team executives. Shannon Kearney and Waseem Mansoor made it to the final rounds for individuals, but the GWSB team as a whole scored well enough to place in the top 10 overall. 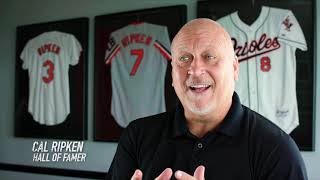 In 2015, students in the “Sport Globalization: MLB China” course spent eight days in Shanghai and Beijing observing Major League Baseball’s plan to develop the first Major Leaguer from mainland China. The course led to a documentary film now in production. The film's main character: MLB China talent scout Ray Chang, born in Kansas City, who was hours away from his own big-league dream when a freak injury turned his life in a different direction.

Sarah Lyon writes about several former students working in the sports industry and how GW played a role in their development. Read the full article on page 30 of the latest GWBusiness Magazine here.

The GW Sport Business Association and MS in Sport Management program recently hosted the Sport Integrity Global Alliance’s (SIGA) event, “Female Leadership in Sport: Making It Happen,” at the University Student Center. Students had the opportunity to hear from and meet with women executives in the sports industry, and GWSB’s Lisa Delpy Neirotti was one of the featured speakers on the program.

London-based intelligence service SportBusiness, a provider of data and analytics to sports executives, has awarded the MS in Sport Management program at the GW School of Business 3rd place overall in its worldwide ranking of postgraduate sport management degree programs.

Journalist Ken Rosenthal told a GWSB audience that baseball’s aging fan base and slow pace are among the game’s problems.

COVID-19 brought sports to a standstill in the United States, including Major League Baseball spring training, an annual rite of spring. On March 12, Commissioner Rob Manfred cancelled the exhibition season in Florida and Arizona. That posed a challenge for GW students in Professor Mark Hyman’s “Business of Spring Training – Arizona” course. On March 15, 18 students, most in the Master of Sport Management program, had been set to begin a week of site visits and interviews throughout the Cactus League. The trip to Arizona never happened. Instead, the class pivoted to a “Business of Spring Training Oral History Project.” Student teams researched and then virtually interviewed nine baseball industry and Arizona government officials to learn how the pandemic had touched their work and personal lives.

Presented by the GW School of Business, George Talks Business is a new series of 30-minute moderated interviews with notable alumni and respected thought leaders in business. Expand the tabs below to view events featuring:

April 15, 2019 - The State of Baseball: Reflections of a Hall of Fame Broadcaster 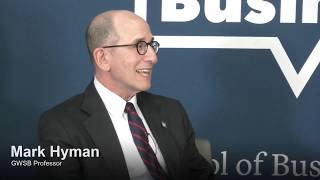 Jon Miller, honored by the National Baseball Hall of Fame as the 2010 Ford C. Frick award winner for baseball broadcasting excellence, the “Voice of the Giants”, enters his 22nd season in the broadcast booth on KNBR Radio, NBC Bay Area and NBC Sports Bay Area. Miller was thrilled to broadcast his 16th World Series in 2014 as the Giants won it all for the third time in five years. Miller was inducted into the National Radio Hall of Fame in 2014.

In 1990, when ESPN TV first began its coverage of Major League Baseball, Miller was chosen as the first play-by-play commentator on the award-winning ESPN Sunday Night Baseball game of the week broadcast. Miller and his Hall of Fame partner, Joe Morgan, teamed up on the prime time telecast for 21 seasons. During his tenure at ESPN, he was nominated twice for a national Emmy Award, and broadcast 13 consecutive World Series on ESPN Radio. He has broadcast 16 World Series overall. He was also nominated six times for an “ACE” award, emblematic of cable television excellence, and won the award in 1991 - the first ESPN play-by-play announcer to win the award, and 1996.

Miller was named National Sportscaster of the Year by the American Sportscasters Association (ASA) in 1998. That same year, Miller was inducted into the Hall of Fame of the National Sportswriters and Sportscasters Association of America (NSSAA). In 2016, Miller received a Northern California Emmy Award, the third local Emmy for his Giants television work. Prior to his work on ESPN, Miller broadcast an occasional game on NBC-TV with either Tony Kubek or Joe Garagaiola.

Miller spent 14 years with the Baltimore Orioles before coming to the Giants. Prior to joining Baltimore in 1983, the talented broadcaster spent two seasons with the Texas Rangers (1978-79) and three seasons with the Boston Red Sox (1980-82). Miller got his first baseball play-by-play job in 1974 at age 22 calling radio and TV for that year’s World Series Champion Oakland Athletics.

The Bay Area native has also broadcast NHL hockey, NBA basketball and championship soccer games on national television in his distinguished career. In 2018, Miller was inducted into the College of San Mateo (CA) Hall of Fame. Miller began his broadcasting career as a student at CSM and broadcast baseball, football and basketball games on KCSM, the college’s radio and TV stations.

Jon and his wife, Janine, reside in Moss Beach. They are parents to three daughters, Misha, Holly (married to Paul Gallagher) and Emilie, and a son, Alexander. 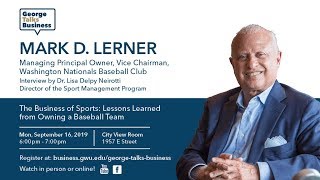 On Monday, September 16, Mark Lerner, managing principal owner and vice chairman of the Washington Nationals Baseball Club, was interviewed by Lisa Delpy Neirotti, Ph.D., director of the MS in Sport Management program and associate professor of Sport Management at GWSB. Mr. Lerner and Professor Delpy Neirotti discussed the business of baseball and the similarities — and differences — between running a major real estate development firm and running a major league ballclub. Mr. Lerner shared an “inside baseball” perspective on the game’s future and talked about the Nats’ commitment to the D.C. community through the club’s youth baseball academy in Ward 7, sponsorship of local Little League programs, and strong support for the area’s military and veteran communities.

This session was organized with the generous support of Steve Ross, BBA '81.

Mark D. Lerner is a native Washingtonian and managing principal owner and vice chairman of the Washington Nationals Baseball Club. He is also a Principal of Lerner Enterprises, the largest private real estate developers in the Washington, D.C. area. The company was founded in 1952 by Mark’s father, Theodore N. Lerner, and is involved in all phases of real estate including planning, development, construction, leasing, asset and property management. The Lerner organization has developed millions of square feet of office buildings, retail centers, hotels and residential communities in the Washington, D.C., Maryland and Virginia area. The principals of the company include Mark’s father Ted, and his brothers-in-law, Edward L. Cohen and Robert K. Tanenbaum. He received his BBA from the George Washington University in 1975.

An enthusiastic sports fan since childhood, Mark also represents the Lerner, Cohen and Tanenbaum families as a partner in Monumental Sports & Entertainment – the sports investment group that owns the 2018 NHL Stanley Cup Champion Washington Capitals, NBA Washington Wizards, WNBA Washington Mystics, AFL Champion Washington Valor and Baltimore Brigade, and the Capital One Arena. Mark holds numerous volunteer positions within the community. He is currently on the Council of Advisors of the Bender Jewish Community Center of Greater Washington, a member of the Board of Directors of Hillel at the George Washington University, a member of the Advisory Board of Israel Bonds, a member of the New York University DC Center Steering Committee, a member of the board of the Washington D.C. Sports Hall of Fame, vice president of The Annette M. and Theodore N. Lerner Family Foundation, a board member of the Washington Nationals Youth Baseball Academy, and an officer of the Washington Nationals Dream Foundation. In 2007, he received the prestigious Chadesh Yameinu Award from the Charles E. Smith Jewish Day School in Rockville, Maryland, where he previously served as a member of the Board of Directors and as chair of the Building & Grounds Committee. He was also co-chair of the 2004 JCC Maccabi Games of Greater Washington. In 2015, he was awarded Trendsetter of the Year in commercial real estate by Transwestern and Delta Associates. Mark also sits on Major League Baseball’s Competition Committee.

Mark resides in Washington with his wife of 40 years, Judy Lenkin Lerner. They have three children and two grandchildren. 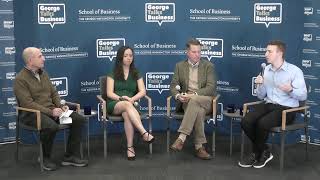 The commissioner commented on the difficulty of graduating at a time with unprecedented challenges and noted the need for new ways of thinking in the years ahead.

The Chicago Bulls and Chicago White Sox owner noted the value of a GW education. 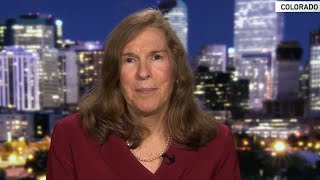 CGTN's Toni Waterman spoke to Lisa Delpy Neirotti, director of the MS in Sport Management Program at GWSB, about top players in the sportswear market. 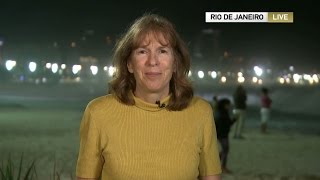 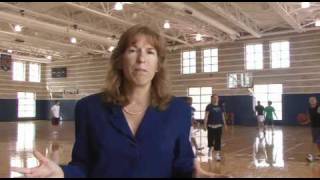 Lisa Delpy Neirotti talks about what it takes to be successful in the sports industry. 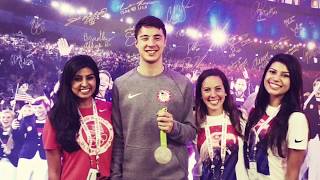 View all MS in Sport Management newsletters published since Fall 2019.

"My time in the MTA program was perfect — [it] got me this opportunity."

For many involved with the National Football League, the Super Bowl marks the end of the work season. For Adam Richelieu, it’s the eve of his busiest time of the year. 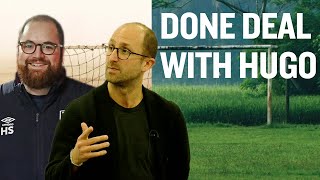 GW alumnus Hugo Scheckter discusses his career progression from GW to the Premier League, his time at Southampton, and his current role as Head of Player Care at West Ham — and shares tips on establishing a career in the sports industry.

Ryan Riffenburgh, MS in Sport Management ’20, received the ring from the Washington Nationals in recognition of his internship with the team during its historic championship season.

Join our LinkedIn group to connect, network, and get acquainted with fellow GWSB grad students in your academic program, and learn about upcoming professional development opportunities, student engagement events, online events and more. Please note: this group is only open to current students and alumni.

Your donation goes directly to the Master of Science in Sport Management Program to help support our mission. Thank you!

Make a donation to GWSB